Reason and emotion, mind and heart, are the regulators of the body’s response to whole food medicine. It has been demonstrated millions of times and for thousands of years that whole food diets, colonics, mono diets and fasting restore disturbances in metabolism, the immune system, respiratory function and mental outlook. It is considered that the […] 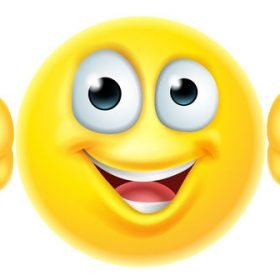 Reason and emotion, mind and heart, are the regulators of the body’s response to whole food medicine.

It has been demonstrated millions of times and for thousands of years that whole food diets, colonics, mono diets and fasting restore disturbances in metabolism, the immune system, respiratory function and mental outlook.

It is considered that the increasing levels of pollutants, chemicals, and food additives encountered by anyone living in an industrialized society can create a toxic overload in the body which can lead to more than 95% of all human diseases.

The human body is designed to be able to clean and repair itself. It is only when it is overwhelmed, that good health goes south and greater Self-Care is called for.

Every moment of the body’s existence, whether in health or disease, is wrapped in and electro-chemical matrice of emotional molecules, generated by the limbic emotional center of the brain.

The neutral circuitry there causes neurosecretors to create actual molecules in response to emotions. These emotional molecular crystalline structures are an electric chemistry that oscillates in frequencies that match anatomical and physiological structures throughout the body. In this, ‘like is drawn unto itself.’

Simply stated, the chemistry of the emotion we call “anger”, moves through the body as molecules, then, when we no longer need them, because molecules of calm have replaced their need in the body, they are collected and released by the bladder.

If anger doesn’t erupt, or is not released, over time ‘feelings’ of resentment and hostility can develop and can become persistent. This constant state overwhelms the bladder because negative emotional molecules are going to wreak havoc.

It may be as simple as a bladder infection. If the feelings persist and whole foods – whose electrochemical messages that generate calm emotional feelings to release the stress molecules – are not eaten, the infection could lead to a tumor (for instance) to contain them. Over time and distance this could lead to cancer.

It’s intriguing to me that our language has even developed phrases that allude to this reality. We usually say that, “these people love to, piss and moan.”

For more of the science behind the creation of emotional molecules, see the discussion on ‘set point energy’ in The White Stone Carillon segment, starting on page 500 of the Farmacist Desk Reference. I think that you’ll find it fascinating.

Impulses are the medium of electrical surges that generate and build into emotional states. The seed of all impulse is a feeling generated by neurons in response to an impression made upon our senses bursting for expression into action.

All of the body’s responses are created by emotional molecules of photo-electric biochemistry.