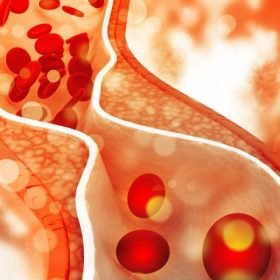 In fact, the higher your blood cholesterol level, the greater your risk for developing heart disease or having a heart attack.

Heart disease is the number one killer of women and men in the United States with each year, more than a million Americans know to have a heart attack, and about half a million people die from heart disease. Actually, treatments kill most of these people.

How does cholesterol cause heart disease?

Bad cholesterol, which is a fat like substance from dead animal carcasses, builds up in the walls of your arteries when there is too much bad cholesterol. Over time, this build up causes ‘hardening of the arteries’ so that arteries become narrowed and blood flow to the heart is slowed down or blocked.

The blood carries oxygen to the heart, and you may suffer chest pain if enough blood and oxygen cannot reach your heart. If the blood supply to a portion of the heart is completely cut off by a blockage, the result is a heart attack.

Cholesterol lowering is important for everyone, younger, middle age, and older adults, women and men and people with or without heart disease.

Not all cholesterol is entirely bad though. The human body actually needs it, and produces it; this is good cholesterol. The body uses it to help protect nerves and build new cells and hormones. In fact, our bodies get all the cholesterol they need by making it on their own.

The troubles starts when we add to the cholesterol our body’s produce, which can happen when we eat the all American diet of cheeseburgers, steaks, pizza, ice cream or any food that has an animal or includes an animal product.

Leading to angina pain, heart attack or stroke, animal cholesterol settles along your arterial walls, and that excess can clog arteries and restrict blood flow. Animal cholesterol is also a leading cause of gallstones.

A variety of things can affect cholesterol levels.

These are things you can do something about:

This is a nice way of saying ‘Quit eating foods that have a face or a mommy.’

Nibble throughout the day
One way to lower your cholesterol is simply to change how often you eat. Research has shown that large meals trigger the release of large amounts of insulin. Insulin release, in turn, stimulates the production of an enzyme that increases cholesterol production by the liver.

Having smaller, more frequent meals, but not increasing overall calories, may limit insulin release and play a role in cholesterol control and heart disease prevention.

Add whole food vitamin C to your menu
Vitamin C is especially beneficial when you get it from fruits and vegetables that also have a cholesterol lowering fiber called pectin. Pectin surrounds cholesterol and helps transport it out of your digestive system before it gets into your blood. 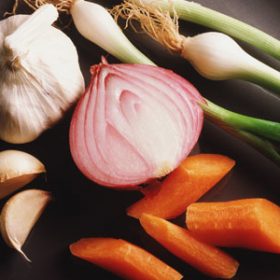 Vampires aren’t the only thing garlic keeps away. In large does, at least seven cloves daily, this food can significantly reduce cholesterol. Of course, that’s probably more garlic than most people eat in a month, but do it.

Much on a couple of carrots
Bugs Bunny’s favorite entree is a boon to arteries, because carrots have plenty of cholesterol-lowering pectin. It may be possible for people with high cholesterol to lower it ten to twenty percent just by eating two carrots a day. 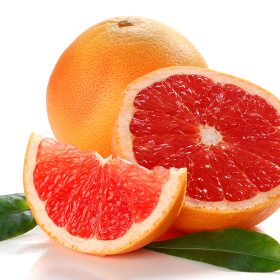 People who ate at least one and a half cups of grapefruit sections every day lowered their cholesterol over seven percent in two months. Grapefruit is among the fruits that contain cholesterol lowering pectin.

Their literature tells doctors to tell you not to eat it, because if you did, Lipitor would die and go away